Why purchase from us?

Are Payments Captured at Time of Purchase?

How Can I View My Order History?

Can I Order Products from Multiple Redline Brands in the Same Order?

Do you offer International Shipping?

Applying my Discount Code and/or Gift Card to my Order

This is a gift. Is there anyway you can expedite my order? (Steel)

Will I receive Confirmation regarding my order from the company? (Steel)

How to Hang and Display your Items (Steel)

Can I cancel my order? (Steel)

I ordered a few days ago and am wondering if I can edit my order? (Steel)

I just received my order. Can I return this for a different product? (Steel)

Will I have to pay for returning my item to you? (Steel)

What Products are considered "Custom"? (Steel)

I was wondering if you can design something that is not on your website? (Steel)

A Look into our Brand-New Custom Canvas product launch!

What makes your Canvas products so unique? (Canvas)

Will my Canvas fade or get discolored over time? (Canvas)

Can I change my Address on my Canvas Order? (Canvas)

How Does the Subscription Work?

How Can I Make Changes to my Subscription?

Redline Steel at The White House

An Inside Look at our Company

How do I request a Donation and/or Sponsorship from your company?

All Categories ​>​ ​Community and Media Outreach ​ > ​ ​In the News ​>​ Business Insider 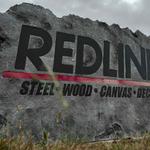 Updated 2 years ago by Redline Support

Following the "Made in America" event at The White House, Business Insider reached out to each company that attended to comment on recent comments from President Trump on Twitter involving 4 minority Democrat Congresswomen.

The White House hosted a company from each state on Monday for an event that highlighted American-made products. But when President Donald Trump went off on a tangent regarding racist statements he wrote on Twitter over the weekend, he was met with increasingly loud applause from company representatives gathered on the South Lawn.

How did we do?

(opens in a new tab)